Deputy PM and Minister of State for Reconstruction and Reforms’ Program 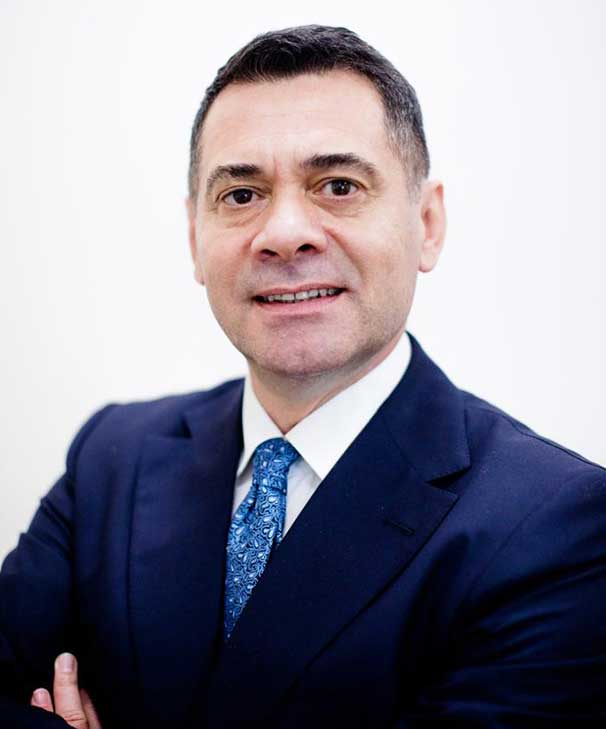 Mr. Arben Ahmetaj was born on June 28, 1969 in the city of Gjirokastra. As of September 2021, Mr. Ahmetaj is Deputy Prime Minister of Albania.

He holds the title of Doctor of Science in the field of Energy Security, graduated in 2009 at the University of Bucharest, Romania.

In 1991 he finished his studies at the University of Tirana, Faculty of Foreign Languages, for English Language, American and English literature. Mr. Ahmetaj has a variety of professional qualifications and internships in many fields such as “Development Policy”, awarded by the Center for International Development, at Harvard Kennedy School at Harvard University; “Economics of Technology”, Kokkalis Program at Harvard Kennedy School at Harvard University; Farmer Financing Programs, Farmers Credit Union of Texas, Texas University, Austin, Texas, etc.

Mr. Ahmetaj has a long career in public administration and the executive branch in several important positions, while his political activity begins with the student movement of 1990. Until his appointment as Deputy Prime Minister, Mr. Ahmetaj has served as Minister of State for Reconstruction, from 13 December 2019, in charge of designing, coordinating and monitoring the reconstruction program after the 26 November 2019 earthquake and then also addressing the consequences of the COVID-19 pandemic, in the economic and financial plan and drafting the post-pandemic medium and long term recovery plan.

Mr. Arben Ahmetaj is a member of the Socialist Party of Albania and a member of the Executive Board of the Socialist Party. In the elections of April 25, 2021, he was elected deputy in Tirana, representing Unit number 4 in the capital, while in the previous legislature he represented the municipalities of Rrogozhina and Kavaja, in the Tirana region. In 2013 he was elected deputy of the Gjirokastra Region, while from 2009-2013 he represented the Korça region in the Albanian Parliament.

Public consultation with pupils and students in Durres

At International Forum on Holocaust Remembrance and Combating Anti-Semitism

500,000 doses of Pfizer vaccine set to arrive by mid-October