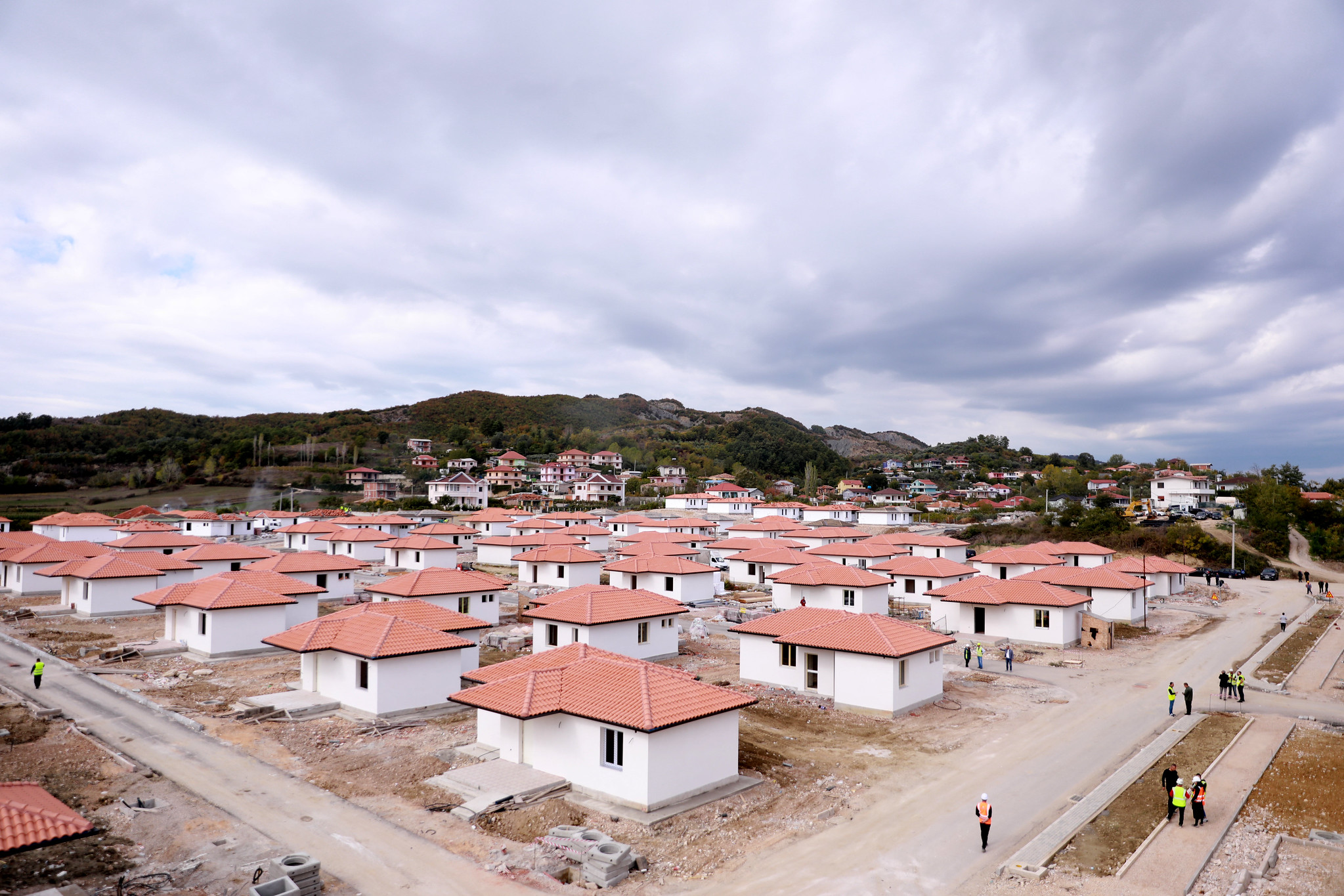 Many homeless families will soon move into their newly-built houses and apartments two years after the devastating earthquake that hit Albania on November 26, 29019.

Prime Minister Edi Rama, accompanied by the Deputy Prime Minister and State Minister for Reconstruction and Reforms Program Arben Ahmetaj, toured the new residential complex being built in the village of Bubq, Kruja Municipality, where around 200 quake-affected families will move into their new homes on November 26 this year.

Construction of the underground and aboveground civil infrastructure is nearing completion, while construction of the new school building in Bubq has already completed and has opened door to local schoolchildren. “Construction of the new educational facility has totally completed, while doors, windows and bathroom fittings and sanitation facilities are being installed at the single-family homes. In the meantime, work is already underway on construction of the final infrastructure,” Deputy PM Ahmetaj said, adding: “The quake-affected families will move into the single-family housing units and apartments on November 25. The housing process will be decided by public lot. All the affected families will benefit housing in a transparent way by drawing the lot publicly to decide who will be benefiting apartment in the first, second or third floor.”

The village of Bubq is gradually being transformed into a urban centre built from scratch, offering optimum conditions for the residents and the community, while affected families will begin a new life in new homes built back better, larger, more resilient and more beautiful.

“In terms of planning, construction quality it resembles to the residential complexes built in Tirana or coastal areas. The new complex resembles to the estates and luxury apartments for the wealthy people. But this complex will house ordinary people. The thing is that entire road and other civil infrastructure and the public spaces should also be rehabilitated to meet highest standards,” Prime Minister Edi Rama said.

Except for Tirana and Durrës, where more voluminous construction work is needed, the signs in other quake-hit areas are gradually disappearing.

“On November 25, outside Tirana alone, almost 3000 families will move into new homes, without taking into account the DS4-taged buildings already being repaired and the DS3-tagged buildings, whose reconstruction has completed. No signs of the earthquake will exist by September next year,” Ahmetaj said.