Interview on political developments in the country 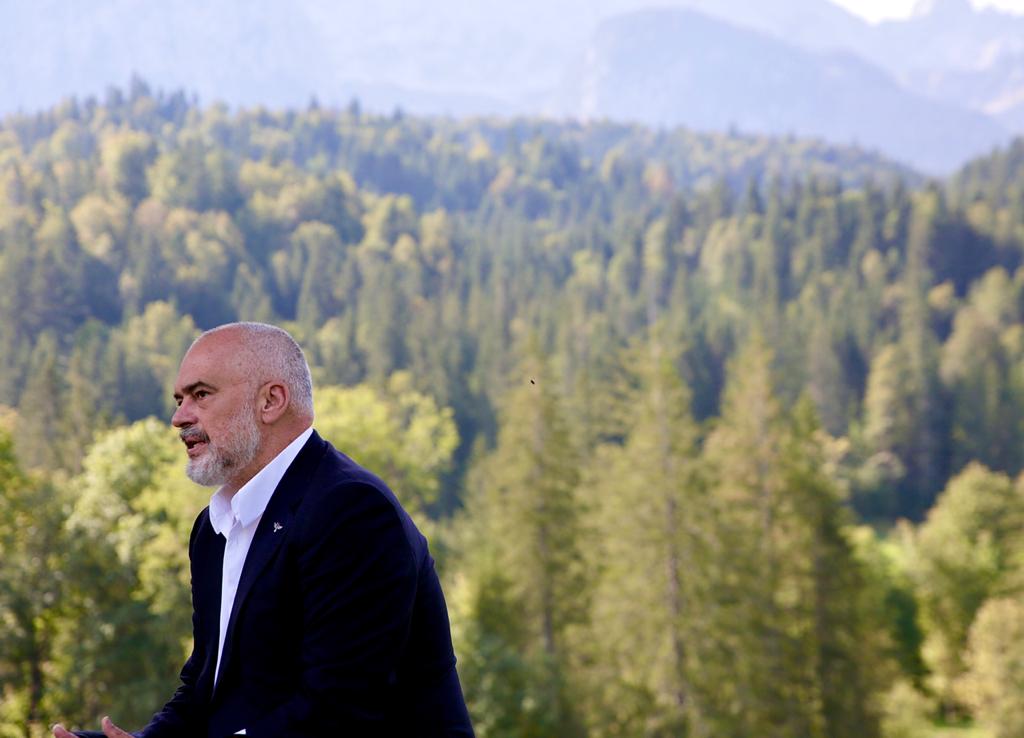 Prime Minister Edi Rama in an interview on the political developments in Tirana while on a visit to Bavaria, Germany:

Mr. Prime Minister, while you were on this visit to Germany, political developments have taken place back in Tirana. Once again, the President seems to have threatened the ruling majority, warning he would dissolve parliament. Do you have any comments on the President’s statements?

Prime Minister Rama: I haven’t followed the President’s statements as they are not a surprise to me, no matter how he expresses them. President has a personal relation with the Moon’s rotation and the way he talks hinges on the day and the direction of the Moon’s spinning at that moment. Meanwhile, parliament continues its work and parliament not only is legitimate, but it is also working hard to reflect the new important amendments to the Electoral Code after being adopted before the parliament’s summer recess, clearing the way to the open lists system and also consolidate electoral system through an indispensable change to the coalitions formula from an absurd formula, completely unique of its kind applied in no other country around the world, into a formula that is applied in the European countries, which offer the option of coalitions and allow for the creation of the pre-election coalitions.

Mr. Prime Minister, the proposal tabled by lawmaker Damian Gjiknuri on the open lists of candidates seems to have not been welcomed by the opposition representatives, who claim that this proposal actually means a closed lists system?

PM Rama: The proposal is not an invention. It refers to a model that is applied in several democratic countries with open lists systems. Every proposal is certainly disputable and undecided. I wish and hope that the extra-parliamentary opposition wastes no more time, as it usually does, because time is running out and the elections are set to take place on April 25. Voting the electoral law marks just the opening of a process, where this law needs to be enforced then. Let’s not forget that we have agreed to introduce the electronic identification system and the more time we waste the less possible for this system to be implemented. Again I reiterate that the opposition is welcome to discuss, table its alternatives, but they should forget they can hamper the process, as they usually do, they should forget it as soon as possible, because there is no time to wait for and, of course, we can’t wait for them infinitely.