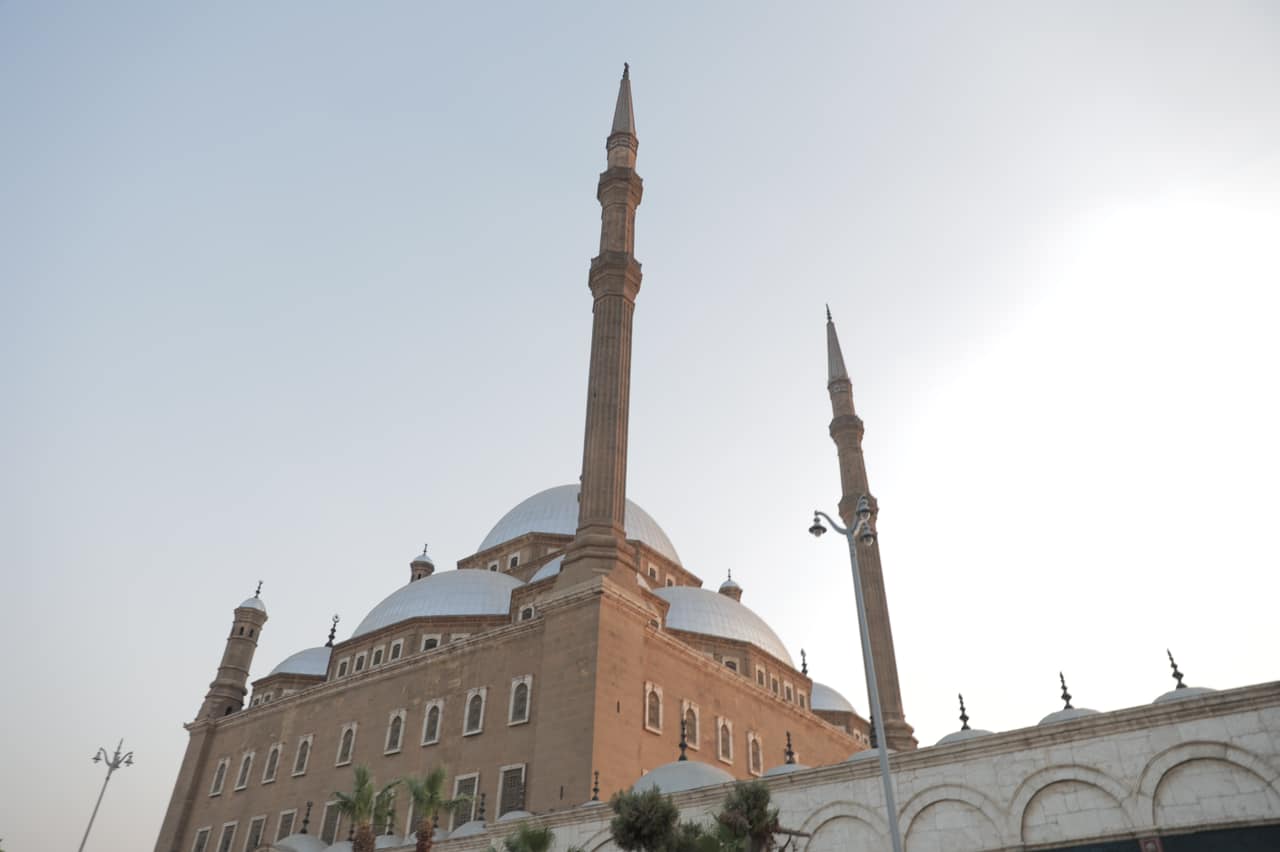 Prime Minister Edi Rama, on a visit to Egypt, visited the Great Mosque of Muhammad Ali Pasha, the Albanian-born governor and a prominent personality in history of Egypt, who is considered the founder of modern Egypt.

The Premier got acquainted with the history of the Mosque, a very interesting landmark with unique architectonic values built by the famous architect Yusuf Boshnak.

The historian accompanying the government head during the visit said that “the Mosque was built in memory of Tusun Pasha, Muhammad Ali’s oldest son. The Mosque’s construction kicked off in 1830 and work continued until Muhammad Ali died in Alexandria in 1848. The Mosque has been built in the architectural Ottoman style, comprising square buildings with two arcades.

PM Rama saw some of the special sites of the magnificent Mosque and got acquainted with historical and architectural details in particular.

“The square we are in is called Haram for its resemblance with the Masjid al-Haram also known as the Great Mosque of Mecca, featuring an open courtyard and a fountain for people to perform their ablutions. We can see the typical Ottoman cylindrical minarets, which are 82 meters high above the ground. Here we have the monumental tower clock which was presented to Muhammad Ali by King Louis Philippe of France and Muhammad Ali’s son Said built the tower to install the clock on it. It is the first clock with mechanism in Egypt. It has been recently repaired and it will hopefully start working again. We can go in and visit the next arcade of the mosque. People don’t pray here, but inside the mosque. The site’s architect has been a very famous one, Yusuf Boshnak. He modelled it after the Sultan Ahmed Mosque in Istanbul. The architect himself was from Istanbul and the mosque is an imitation and the Ottoman-era influence exchanges between Turkey and Egypt. The mosque is also called at the Alabaster Mosque, because it is covered with alabaster. This type of marble comes from a province 100 kilometers away from Cairo. “As we come in, we notice the Quran inscriptions,” the historian said.

PM Rama also visited the Tomb of Muhammad Ali, built inside the mosque in 1857, around nine years after his death.

The Cairo Fortress, which houses the Mosque and Tomb of Muhammad Ali, is one of the most popular landmarks and tourist attractions in Egypt with about 5 to 8,000 visitors per day.