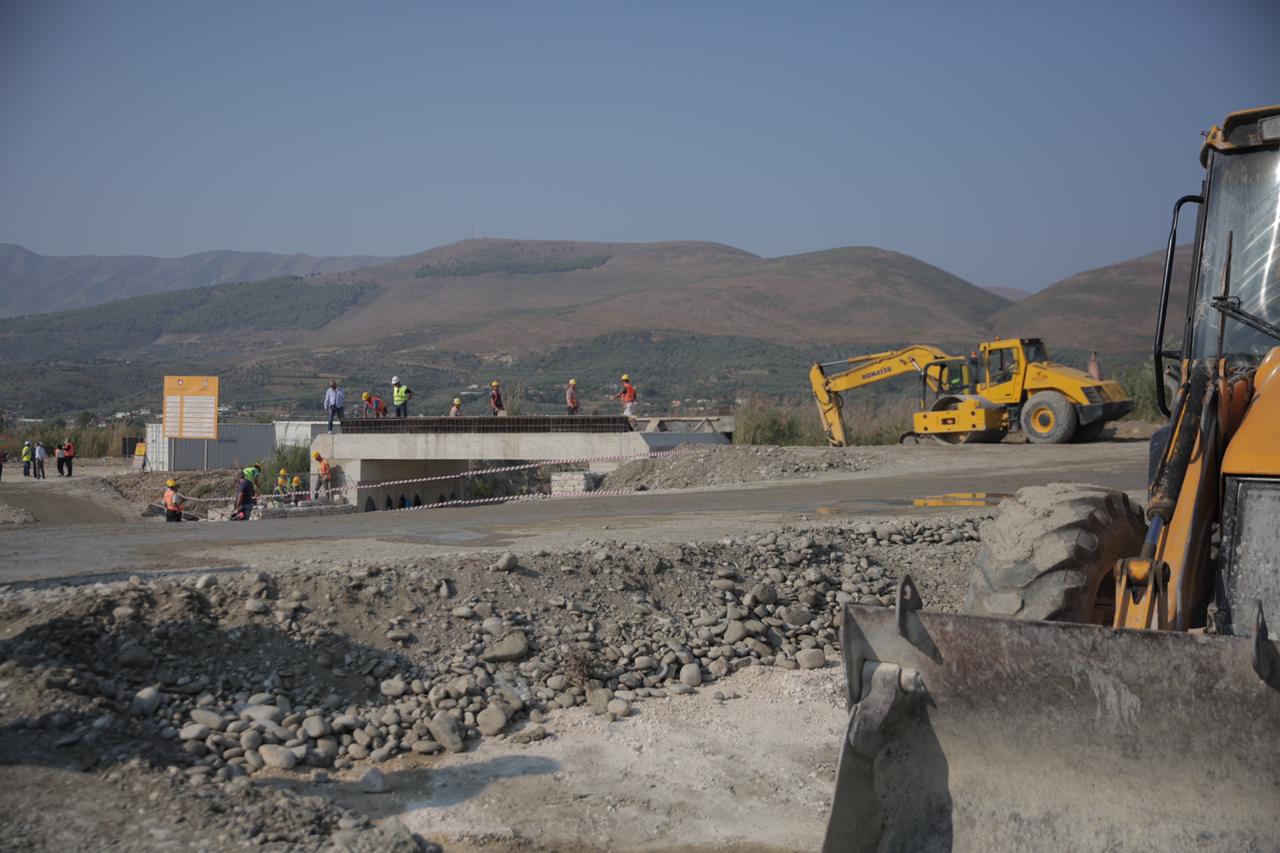 Urban waste wastes and effluents are the main source of the environmental pollution in the district of Berat and the dumpsite areas close to the residential neighbourhoods had become an environmental emergency due to the mismanagement. This serious environmental issue is now being ultimately solved thanks to a project on rehabilitation of the urban waste dumpsite being implemented in collaboration with the government of Switzerland.

Prime Minister Edi Rama visited the site where the project is underway to completely transform this grangerized area, a hotbed of pollution and diseases. Mayor of Berat Ervin Demo said that the major project will eventually tackle the river pollution problem too. “The investment is being carried out with the support of the Swiss government in a regional project that includes the museum city of Berat, the towns of Ura Vajgurore, Kuçova, and it is designed also to prevent the water pollution in the river,” he said.

Prime Minister Edi Rama looked at the project data displayed on the construction site and the project manager explained that the project includes two waste management stages. “We are currently working on the first stage that focuses on the management and encapsulation of the waste collected over the years. Meanwhile, the second phase is designed to make sure that local government bodies manage urban waste themselves in the next five years.”

On his part, the Minister of Tourism and Environment, Blendi Klosi said that expanding such projects further to more areas would ultimately tackle the floating debris and waste placed in the river beds, which are then discharged into the sea. “The investment, which needs to be applied in other areas too, is designed to remove the urban waste and trash and prevent rivers pollution, because every time it rains, the waste and garbage have been floating on the water’s surface via river currents and end up into the sea. This complete investment will prevent this phenomenon.”

Prime Minister Edi Rama underlined that thanks to the Environment Rebirth programme, a radical transformation is taking place and an alarming and scandalous situation in terms of urban waste management is being ultimately tackled. “We are witnessing a profound and radical transformation, as the waste management situation six or seven years ago was completely out of control all over the territory. The situation has been completely transformed in Tirana, where thanks to the public-private-partnership the Sharra dump site has now become and is increasingly taking the shape of a park. Another gangrene in Durres, urban waste dumpsite in the area of Porto Romano, is being closed down and a final lasting solution and the waste management project will be available soon, most likely to take place at Sharra landfill, but this remains to be seen once the team working on the project presents their conclusions and findings. The situation has been ultimately tackled in Fier and Elbasa, while an investment is already underway in Vlora and the waste management issue is almost solved there. Such a problem has been already solved in Korça and other administrative units in that district. With the project addressing the waste management in Berat, a scandalous cycle of environmental pollution ends. I believe a decades-long wound is being healed. Of course, all this takes time and patience. Patience is the rarest commodity to find in this market. We are not short of it, at least.”

The government head also noted that implementation of such projects is transforming the pollution platforms into green platforms and natural parks for the community. “The best of these projects is that not only they close the pollution paths, but also create a quality environment where they work, precisely because the transformation of pollution platforms into green platforms and parks takes place. It is important to explain that investing in these platforms is a good thing and not a bad thing for the community around them. While in the conditions where they are, they are a source of poisons and diseases that affect health for decades and decades.”

As to the cooperation with the Swiss government, the Premier said: “The fact that the government of Switzerland has supported the relevant institutions in this project is very significant, as the Swiss government investments meet highest quality standards. It is not just about money, but also know-how, safety and guarantee. Thank you very much for what you have been done! It is a cooperation that has been launched for years now, but the work actually doesn’t begin only when the bulldozers appear on the site. The work actually begins with the project design, the financial scheme and with picking a contractor and today we are far from completing this phase. Let’s say that next year will begin with a completely different situation.”

The Swiss Ambassador said that the investment is an example of the good cooperation between the two countries towards better waste management in line with the European standards.

A number of other culture projects to rehabilitate and promote museum sites will be materialized with the government of Switzerland in a near future. Berat is home to three museum areas – the Premier went on saying – and we will earmark a certain financial support for local residents who will seek to turn their family private homes into guesthouses. The trend of transforming such homes into guesthouses is becoming stronger now, but not everyone can afford it financially. Based on a set of criteria, we will grant support to applicants from the municipalities of Berat, Gjirokaster and Kruja, for the museum areas and cultural heritage sites, so that the families that cannot afford will be able to transform their homes into guesthouses.”