The Castle of Kruja remains one of the main historic monuments attracting a growing number of local and international tourists who visit Albania. The devastating earthquake that hit Albania on November 26 last year didn’t spare this fortress in terms of damages it sustained and a recovery project is underway to rehabilitate and preserve the monument.

The package to remediate the earthquake effects on Albania’s cultural heritage through the rehabilitation of monuments is funded by the European Union and individual donors and is expected to increase quality of cultural heritage spaces to make them more attractive to visitors and more financially sustainable.

Prime Minister Edi Rama visited the historic city of Kruja today. The government head visited the area around the Castle, as well as the Bektashi Dollma tekke, another historic and architecture monument and one of the worst-hit and endangered structures due to the rough rocky terrain where the religious site has been built. Culture Minister Elva Margariti said that the emergency rehabilitation process has already completed.

“The emergency intervention to save the tekke building has completed. The site was one of the most endangered monuments due to the earthquake. The rehabilitation project was designed in record time. This phase was completed through the Prince Klaus foundation, an example of excellent cooperation between state institutions and international donors, who have delivered on their pledges after the International Donors’ Conference in Brussels. The frescoes in this site were badly damaged due to the tremor. The religious site is built over a rugged and rocky terrain,” Margariti said.

The Institute of Cultural Heritage expert Gent Vokopola said that immediately after the earthquake, the historic building has received the attention of the specialists to preserve its elements. “A day after the earthquake, on the 27th, we arrived here and we have collected the fallen frescoes and sent them to the laboratory. While currently we have consolidated all the paintings above the dome,” he said.

Prime Minister Rama then visited the area around the Castle, which has undergone a cleaning and rehabilitation process during the months of the pandemic. Margariti noted that the number of foreign and local visitors to the Castle has kept increasing despite the pandemic thanks to the Ministry of Culture policies and the close cooperation with the Municipality of Kruja. “We have reached an agreement with the Municipality of Kruja. The Ministry of Culture has donated a large number of tickets to visit the museum for free. The history and ethnographic museums in Kruja are among the most visited museums by local and international tourists. This has had a very positive impact as the number of local and foreign visitors and young tourists in particular, has increased. All visitors can visit the museums for free every Sunday. This has lead to the increase of the number of visitors. This has also helped local business. We believe that once the reconstruction process completes, Kruja will undergo a new revitalization project. A series of packages and projects have been designed and they include not only restoration of monuments, but also on sites, spaces and services that can attract a larger number of visitors.”

Prime Minister Rama emphasized that with the reconstruction projects already underway and thanks to the government packages to help small business, Kruja is increasingly developing economically. “We will include this in the projects to provide a fresh impetus and incentive not only in terms of the idea, but also in terms of financial incentives. In addition to this, we will also provide a solution so that all the private houses in historic areas that have been converted or are to be converted into guesthouses will be subject to a special fiscal legislation in a bid to help them. We have scrapped profit tax on small business. We have also adopted the same approach with VAT, which is a breakthrough in terms of our efforts and the breathing space it gives to these small businesses. I believe there is room to help the business operators in historic areas to promote this process. Now the process has kicked off and I look it everywhere. “Agri-tourism is developing, agri-tourism barely existed 5-6 years ago, now it is growing in historical areas, it is developing at high rates and in the locations where we have intervened, the economy is growing. The municipality and the ministry need to cooperate to come up with a joint interaction plan in relation to the people, as the ministry comes to the facilities, the municipality to the people. “When we started the transformation in Gjirokastra, there were 4-5 facilities in dire need of intervention, today there are scores of guest houses ready to open their doors. This is an action towards protecting Gjirokastra from the physical viewpoint and towards propelling the economy into development,” the Premier said. 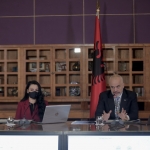 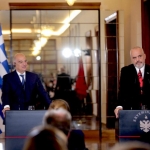 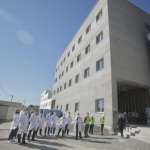 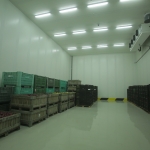 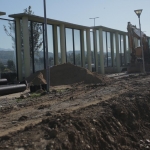 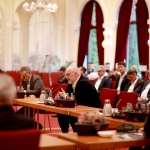 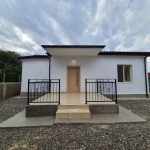